Stephen Harper and his merry Conservatives are returning to their progressive roots. I, Skinny Dipper, am very proud that the prime minister and his Conservative government are spending Canadian taxpayers' money on the bare-essentials such as providing a great recreational environment for the nudists of Canada.  I strongly believe that Canadians including fellow skinny dippers like myself who support nudists going au naturel should vote for Stephen Harper's Conservatives in the next federal election.  This is all thanks to Stephen Harper's Canada's Economic Action Plan!  See photos (G rated). 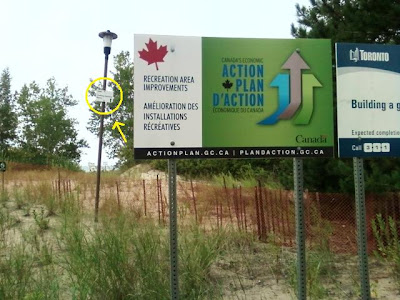 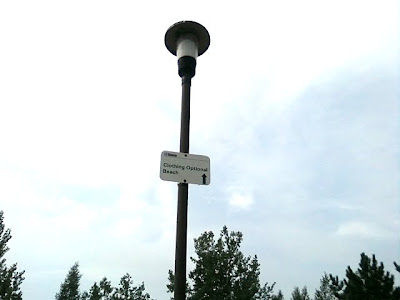 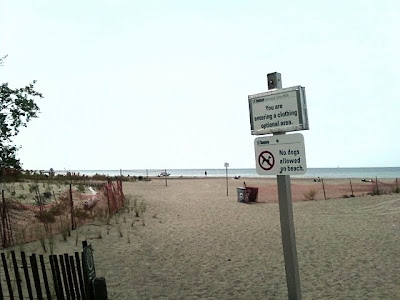 Finally! I have been waiting my whole life for such an open minded Prime Minister!

On a serious note, it seems steve is going after the fringe vote. What with the census thing and now this.

I wonder if he has reached the conclusion that stupid people will put him over the top? Or at least, give him another minority...

I think I saw someone who looked like Tony Clement lying down. It was probably some other a**hole that I saw.

A nudist beach with another sign that said "No dogs allowed"
Oh, that’s so incredibly tempting.
No, I can’t
I shouldn’t
It would be in really bad taste mention the name “Bev Oda” right now.

These photos were taken at Hanlan's Beach in Toronto.