You know that things are bad in Vancouver when...

...Hanukkah gets cut from eight to four days.

Happy early or late Hannukah to my Jewish friends!  Let's hope for more days and move Hannukah back to December.
Posted by Skinny Dipper at 1:08 p.m. 1 comment:

I wish the Rogers telemarketer would stop calling me.  This number 1-866-564-2427 has called me three times today!  I finally called the number and a recorded message told me to leave my number if I want it off Rogers' list.  Unfortunately, the recorded mailbox was full so I could not leave my number.  Aghhhhhhhhhh!
Posted by Skinny Dipper at 8:10 p.m. No comments:

CTV is showing the Olympics.
So is TSN.
I get CTV in high definition,
But not TSN.

OLN has Olympic stuff,
But not CityTV in Toronto and Vancouver.
CityTV is airing UEFA soccer that would normally be aired on Rogers SportsNet.
I am getting the soccer game in high definition.

NBC usually has delayed coverage of highlights of the Olympics.
The coverage is in high-def.
Fox Buffalo has Olympic caliber coverage on the Jerry Springer Show.
It's on a high definition channel,
But not in high-def.

There's so many choices.
I've made up my mind.
I choose the Olympic events of different men and women all fighting for first.
Or is that men and men? 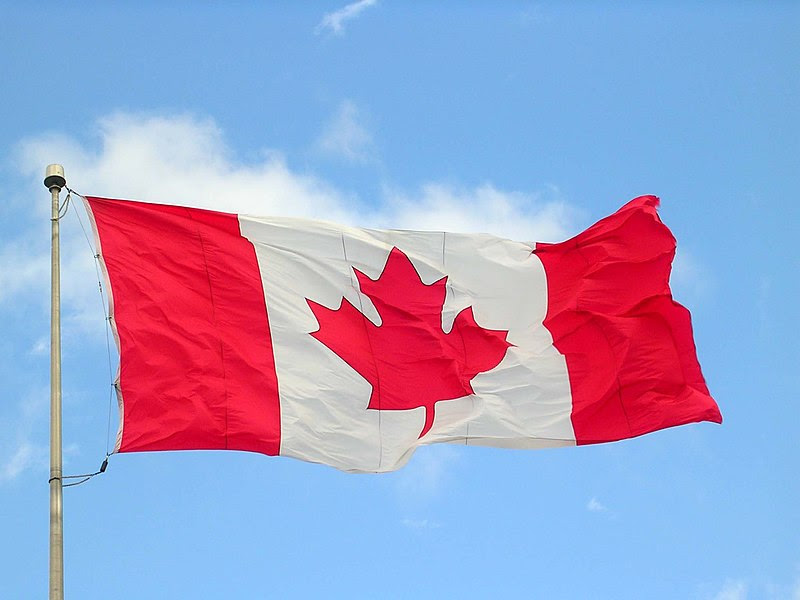 I want to wish the Canadian flag a happy 45th birthday!
I also want to wish a happy Family Day to families living in Ontario, Alberta, and Saskatchewan.  I just wish this day were a federal holiday called Canadian Heritage Day.
Links for flag info:
Canadian Heritage
Wikipedia
Posted by Skinny Dipper at 11:45 a.m. 1 comment:

Quick question: how do you pronounce "again?"

I had some students complain about the way I pronounce "again."  I'll let you know later how I pronounced it.

How do you pronounce "again?"

Note: all have hard G's.

If you wish, please state your approximate location in the world (Canada/Saskatchewan/Estevan/Puxatawney/Australia/etc.).  You may also wish to state that English is your first or second language if necessary.
Posted by Skinny Dipper at 11:56 a.m. 6 comments: