NP letter-to-the-editor: Khadr is being dealt with fairly

Letter writer, Vincent J. Curtis, wrote a letter-to-the-editor to the National Post claiming that Omar Khadr will receive a fair trial. He also wrote that detainees (I call prisoners) like Mr. Khadr cannot be tried for war crimes under U.S. domestic law because it is inadequate to deal with war crimes that involve foreign countries and foreign nationals. If that is the case, then Mr. Khadr should have been sent to the International Criminal Court in the Hague. That court could then decide on Mr. Khadr's case based on the their definitions of war crimes. It could also take into consideration Mr. Khadr's possible status as a child soldier.
Posted by Skinny Dipper at 9:02 a.m. No comments:

Let's have a parade!

If the Japanese can have a penis parade and festival, then we should have one in Canada.

Here's some info from Wikipedia:

The Kanamara Matsuri (Festival of the Steel Phallus) is an annual Shinto fertility festival held in Kawasaki, Japan in spring. The exact dates vary: the main festivities fall on the first Sunday in April. The penis forms the central theme of the event that is reflected everywhere—in illustrations, candy, carved vegetables, decorations, and a mikoshi parade.

The Kanamara Matsuri is centered around a local penis-venerating shrine once popular among prostitutes who wished to pray for protection against sexually transmitted diseases. It is said that there are divine protections also in business prosperity and the clan's prosperity, easy delivery, marriage, and married couple harmony. There is also a legend of a demon that hid inside a young girl and castrated two young men on their wedding nights before a blacksmith fashioned an iron phallus to break the demon's teeth, leading to the enshrinement of the item.

Today, the festival is used to raise money for HIV research.

I do not suggest that we have a Toronto Penis Festival led by Mayor David Miller. We should have our own Kanamara Matsuri in a place like Wasaga "Prefecture" Beach to complement the Collingwood Elvis Festival. We could have a Wasaga Wang Walk where people can watch a multicultural array of phalluses (or phallii [I don't know my Latinese]) be carried by men of different sizes (I mean heights). Sorry ladies. You can have your own Vagina March the day before. The Wasaga Penis Festival can be a family affair where the mommies, daddies, and their children can rub a magic six metre long "Phal" for virility [some censored photos--not PG rated, maybe 14+].

I think my Cuss-O-Meter to the right is going to increase from 1.1% once this blog is posted.

I can't believe I am writing this on a wet Sunday afternoon?
Posted by Skinny Dipper at 4:57 p.m. 2 comments:

Vote for your favourite Hockey Night in Canada song

This song is the Voice of Fire on ice. Vote for your favourite proposed Hockey Night in Canada theme song.

The song is a cacaphony of baaing sheep and crying crack-babies. After listening to this song, I now understand the meaning of the Voice of Fire painting at the the National Gallery of Canada in Ottawa. The Voice of Fire represents the unity and division of the blue-red-blue lines of hockey. Hockey represents Canada.

Television viewers could watch the Hockey Night in Canada opening with this irritatingly beautiful song in the background. Viewers can watch heiss-eiss (hot-ice) hockey skates burning trails on a cold lazy-S Voice of Fire rink.

At least Canada's kangaroo courts do not torture people

The problem with Omar Khadr is that he does not have blond hair, blue eyes, and peachy-white skin like many other Canadians. If Khadr's family were devout peachy-white Christians and if Omar had converted to Islam, he would have been back on Canadian soil several years ago.

The problem with Khadr is that he is the wrong kind of Canadian.
Posted by Skinny Dipper at 4:17 p.m. 3 comments:

I'm with Ezra on free speech

Prominent conservative blogger, Ezra Levant, likes to share his views about free speech in Canada. While I do not always share his conservative viewpoints about we should live in Canada, I do support his concepts of free speech, that we are generally able to speak and publish things freely without state intervention. We do not need to justify to any government agency why we speak or publish our thoughts in a certain way. I don't think he or I would suggest free speech is absolute. If the state wishes to deny our right to speak or publish our thoughts in words or pictures, then it must enact a law denying that right. We don't have the right to write or say things that are libellous or slanderous. We don't have the right to publish the names of underaged people who are charged with crimes. We don't have the right to publish pornographic pictures related to children. 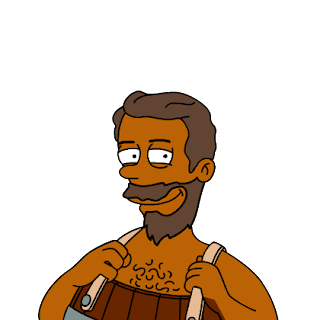 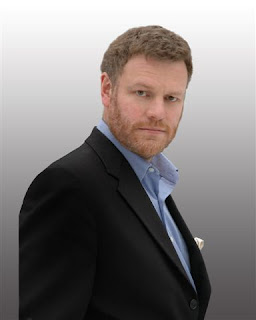